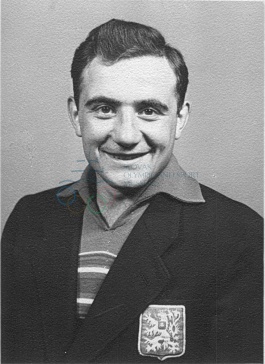 Košice native Mikuláš Athanasov gradually defeated Greek Parmeras, French Verdainc, injured Polish Szajewski without fighting and Italian Benedetti in quarter finale after a tough fight.  He lost only in the semifinal with later Olympic winner Safin from the USSR. After returning from military service (1953 – 1955) he suffered for the insufficient conditions for preparation in Lokomotíva Košice wrestling club and he was cleared of the national team. After terminating an active career, he became a trainer and an official. He was the Vice-president of the Czechoslovak Club of Olympians and since the establishment of the Olympic Club of Košice he was its active member till his death.