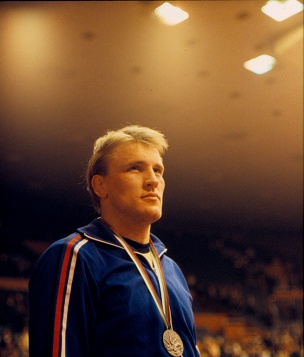 He grew to a wrestler in his native Nitra under the leadership of his coach Jozef Svitač in the AC Nitra team. Soon after he reached the full age, he went for better conditions to RH Prague. At the European Championships, he won two bronze medals – in Varna in 1982 and in Budapest one year later. He ended his career in a national team as 32-years old man in 1988 at the Olympiad in Seoul Here, his performance ended in the group competition already, when his arm got dislocated in one fight. After the career termination, he returned to Nitra, where he regularly went to a gym, and he engaged in the trainings of young wrestling trainees as a hobby.